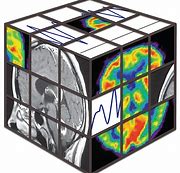 Effects of cognitive interference and priming on speech acoustics

Are there interactions between cognitive interference, priming, and speech production? In a series of experiments, we manipulated the temporal relationship between a visually-presented distractor word and a color to be named verbally. We compared a variant of the Stroop task in which presented words had phonetic properties that partially matched their text color (e.g. “rid” written in red) with a masked priming task in which these same words were presented in a neutral context, then followed by a non-orthographic color stimulus (e.g. “rid” written in white, followed by a red circle). In the Stroop variant, spoken vowels were systematically biased away from the partially-matching text: that is, the inhibition of a competing target was manifest in an accentuation of the acoustic contrast between the spoken and inhibited words. Preliminary data also suggests that the masked priming task preserves this influence, despite the competing word not appearing on the screen at the same time as the color to be produced. This result informs how speech motor plans are influenced by external cues, both relevant and irrelevant.

More information can be found here.